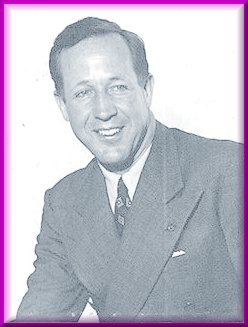 Thomas Townsend Brown has been flying strange metal saucer-like discs of his own secret design and make for more than 30 years - some big ones too, up to 30 inches in diameter!

Mostly, Brown has flown his discs in good old common air. The discs are tethered to a mast or pole and the thin, double-saucer-like things fly a circle around and around the mast in free flight.

Thomas Townsend Brown, (1905-1985) an American physicist, was a leader in developing theories concerning the link between electromagnetic and gravitational fields theorized by Dr. Albert Einstein. He advanced from theory to application with the development of solid and disc-shaped apparatuses which are believed to have created and utilized temporary, localized gravitational fields.

Brown's work became very controversial due to the similarity between his work and what is believed to be the propulsion method of some observed UFO's. His name is also often mentioned in the same breath as the so-called "Philadelphia Experiment," as a possible candidate along with Nikola Tesla, A.L. Kitselman and Dr. Einstein.

Defying Gravity is a biographical mystery that ponders the question “how come nobody has ever heard of T. Townsend Brown?”

Townsend Brown was a celebrated prodigy of electrical science during the 1920s, was respected as an innovative physicist throughout the mid-century, and is generally regarded as the seminal pioneer in the field of anti-gravity research and technology. So how is it that the trail of Brown’s life and work is almost impossible to trace? Why is it that every lead seems to trail off down some dark corridor of intrigue or run into a brick wall of officially “classified” material?

Townsend Brown was a teenager when he discovered a theoretical link between electricity and gravity. The concept he pioneered is, ironically, now embodied in a common household appliance that is advertised on television every day. The same principal is also secretly deployed in some of America’s most sophisticated combat aircraft.

So why is this man's life such a complete mystery?

Born in 1905 to a prominent Midwest family, Thomas Townsend Brown was expected to take the reins of the family’s diverse business interests. Like so many of his now-revered predecessors, he chose instead to explore the mysteries of a much larger universe.

Expanding on his original discoveries through more than four decades, Brown built numerous wingless devices that flew without any conventional means of propulsion – the precursors to a future generation of gravity-defying “electric spacecraft.” 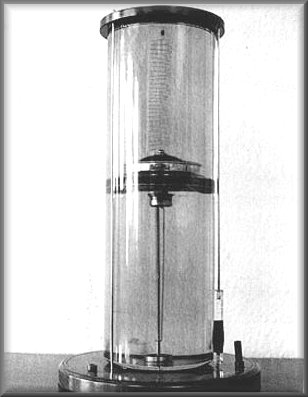 The Biefeld–Brown Effect is an effect that was discovered by Thomas Townsend Brown (USA) and Dr. Paul Alfred Biefeld (Switzerland). The effect is more widely referred to as electrohydrodynamics (EHD) or sometimes electro-fluid-dynamics, a counterpart to the well-known magneto-hydrodynamics. Small models lifted by this effect are sometimes called 'lifters'.

The effect relies on corona discharge, which allows air molecules to become ionized near sharp points and edges. Usually, two electrodes are used with a high voltage between them, ranging from a few kilovolts and up to megavolt levels, where one electrode is small or sharp, and the other larger and smoother. The most effective distance between electrodes occurs at an electric field gradient of about 10 kV/cm, which is just below the nominal breakdown voltage of air between two sharp points, at a current density level usually referred to as the saturated corona current condition. This creates a high field gradient around the smaller, positively charged electrode. Around this electrode, ionisation occurs, that is, electrons are stripped off the atoms in the surrounding medium, they are literally pulled right off by the electrode's charge.

This leaves a cloud of positively charged ions in the medium, which are attracted to the negative smooth electrode, where they are neutralized again. In the process, thousands of impacts occur between these charged ions and the neutral air molecules in the air gap, causing a transfer in momentum between the two, which creates a net directional force on the electrode setup. This effect can be used for propulsion (see EHD thruster), fluid pumps and recently also in EHD cooling systems.

The effect has become something of a cause célèbre in the UFO world, where it is seen as an example of something much more exotic than electrokinetics. Charles Berlitz devoted an entire chapter of his book The Philadelphia Experiment to a retelling of Brown's early work with the effect, implying he had discovered some new electrogravity effect being used by UFOs. In fact Brown was fully aware of how the device worked, but that makes for a less interesting story. Today the Internet is filled with sites devoted to this interpretation of the effect (see below for some of the more profound sites).

An article by M. Tajmar (see below, or a summary) describes an experiment designed to test the possibility that this effect may need some other effect than ion winds for its explanation. No such effect was found, to the limit of experimental accuracy. In particular, no thrust could be observed in a vacuum.

Some people think that the Tesla coil might be related to this effect. In fact, when Tesla came to the USA he was supposedly carrying plans for a "flying machine". The only common factor between a Tesla coil and the Biefeld–Brown effect is that, in both of them, high voltage plays a vital role. High field gradients between electrode plates, can be produced by an AC circuit powered by Tesla coils.

Here are some pictures of T. Brown and his inventions. Most of his inventions utilized air molecules that become ionized and therefore charged. This creates a lift effect. Many people are working on perfecting lifters that utilize this technology. You can stay up to date on the success of lifters and anti gravity technology on the Current Anti Gravity Inventions page. 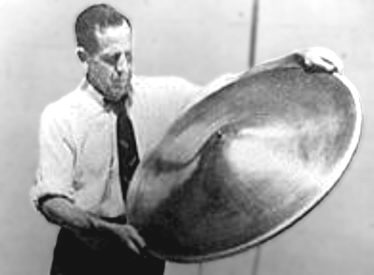 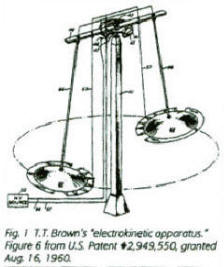 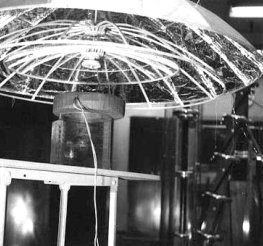 Here is a picture of a modern day lifter, the object being lifted doesn't weigh very much so it is easy to lift. Heavier lifters are being made as we speak. 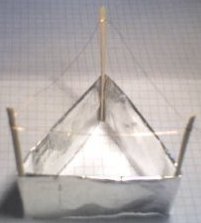